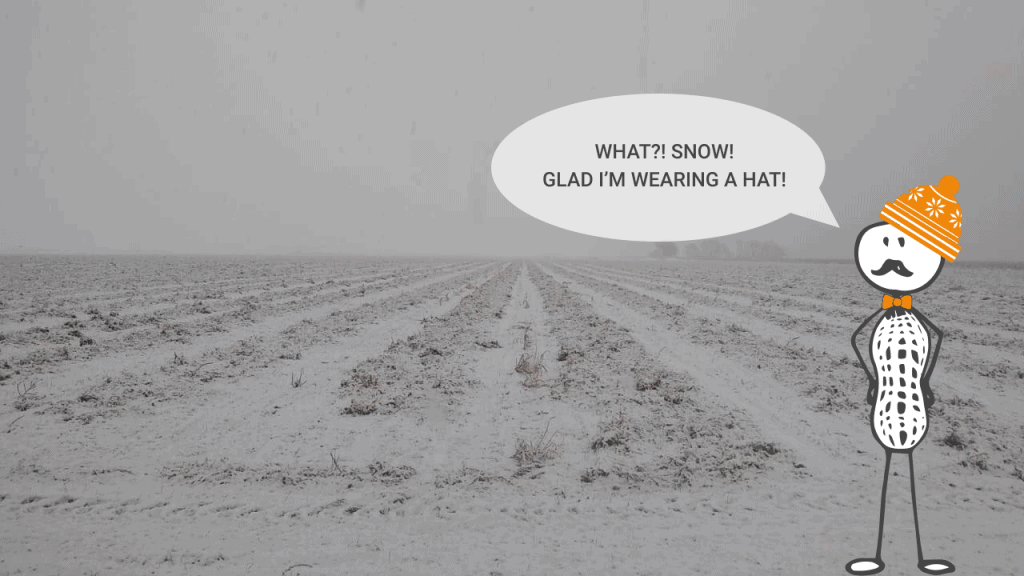 SNOW during peanut harvest in Argentina!

SNOW during peanut harvest in Argentina!

As you may have seen online already, it has been snowing in Argentina. Several pictures have been posted on social media as the last snowfall in the province of Córdoba was 14 years ago! According to the National Meteorological Service of Argentina, low temperatures of between -2 and 5 and highs of between 6 and 13 degrees Celsius will continue until next Friday.

After hearing about the snow yesterday and reposting a picture on LinkedIn, we also reached out to a few contacts to see what they think about the snow and the consequences it may have on the peanut harvest (which started in April).

According to one of our contacts, the snow was very light, as it melted very quickly once on the ground. Some said they just enjoyed the beauty of the snow – see pictures – and they do not expect any damage to their peanuts. 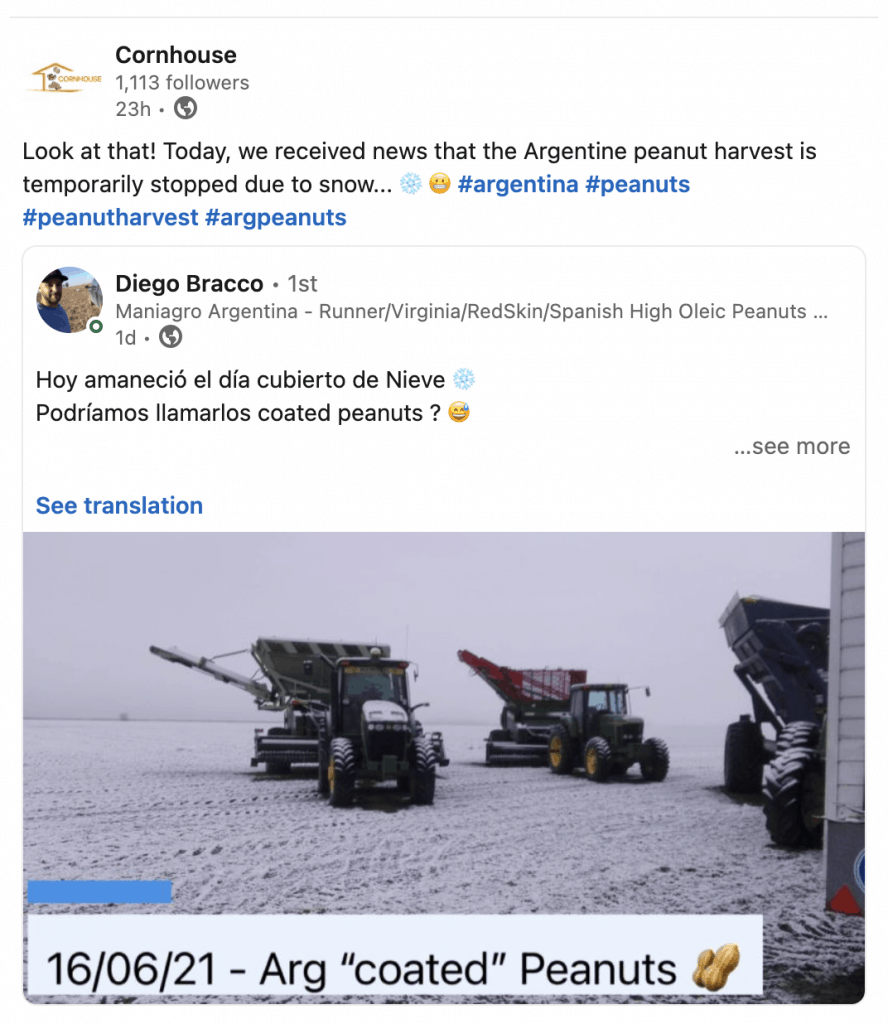 Others said they would have to see later if the snow causes quality problems. But, they actually don’t think so, as the peanuts lying on the field have been dug up like a month ago already, and they should be dry enough to avoid any frost problem. There might be some damaged kernels because of frost; for instance with peanuts with high moisture in their shell, but it’s still too early to conclude anything.
The peanuts that are still in the ground should be safe, but as the plants are definitely done developing, they should still be harvested as soon as possible.

Also, the drying peanuts are spending a little longer in the fields now, so there are higher chances of problems, dirtiness, and/or delays. But as no one is really used to having snow during harvest, we will just have to wait and see what the outcome is.

As always, we will keep an eye on this and stay in touch with our contacts in Argentina. We will keep you updated! 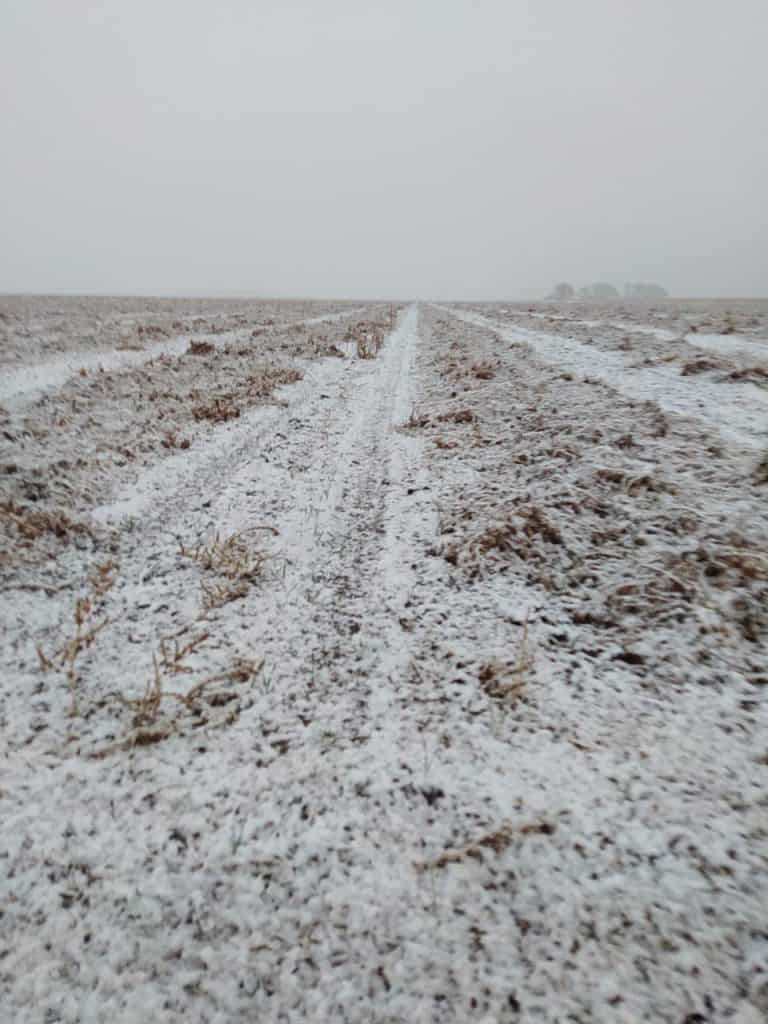 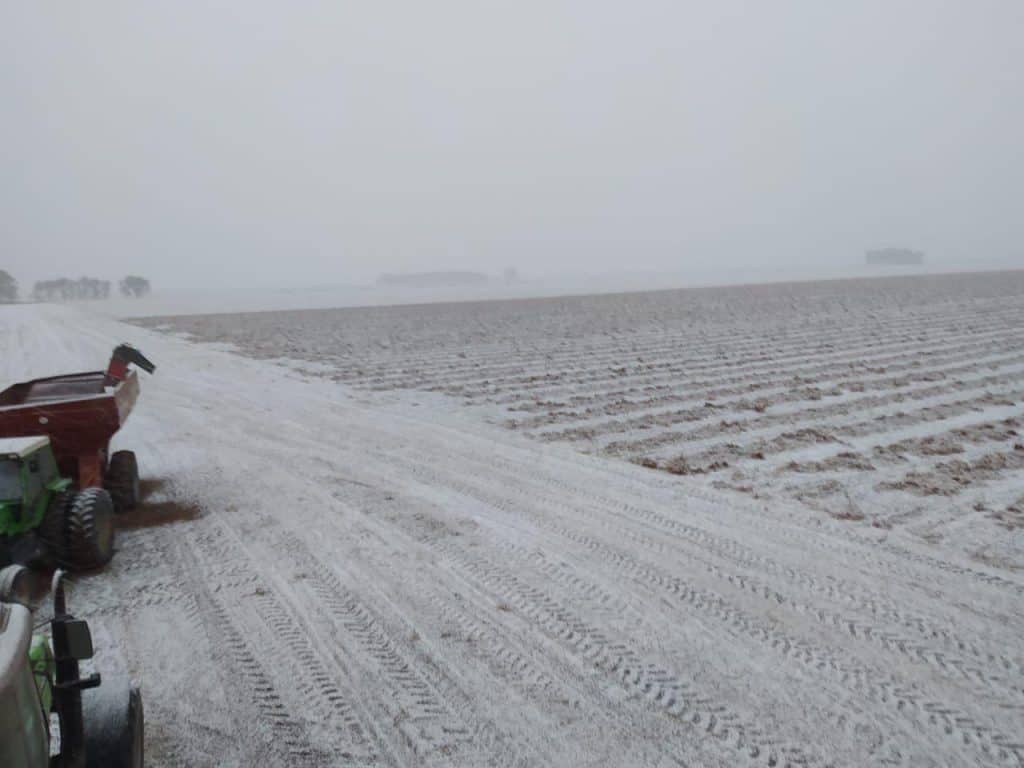