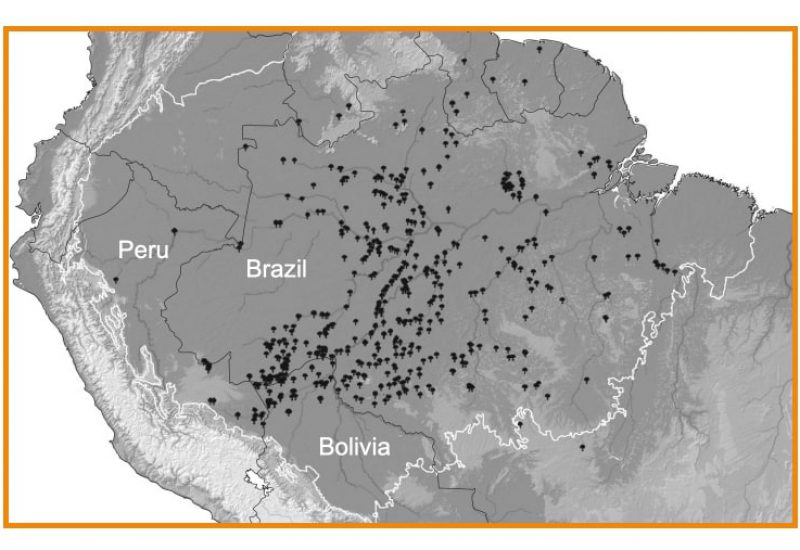 Brazil nuts and the conservation of the Amazonian forest

Brazil nuts and the conservation of the Amazonian forest

This post summarizes the key findings of an article by M.R. Guariguata, et al. (2017) about Brazil nut exploitation. The production system of Brazil nuts makes them a unique type of commodities. Produced mostly in Bolivia, Peru and Brazil, the trade and consumption of Brazil nuts could contribute to the conservation of the Amazonian forest.

The uniqueness of Brazil nut production

Brazil nuts are the seeds of Bertholletia excelsa, a tree that grows almost exclusively in the wild of the Amazonian forest. Several areas of production are located in Bolivia, Brazil and Peru; Bolivia being the first producer and exporter of the nut. 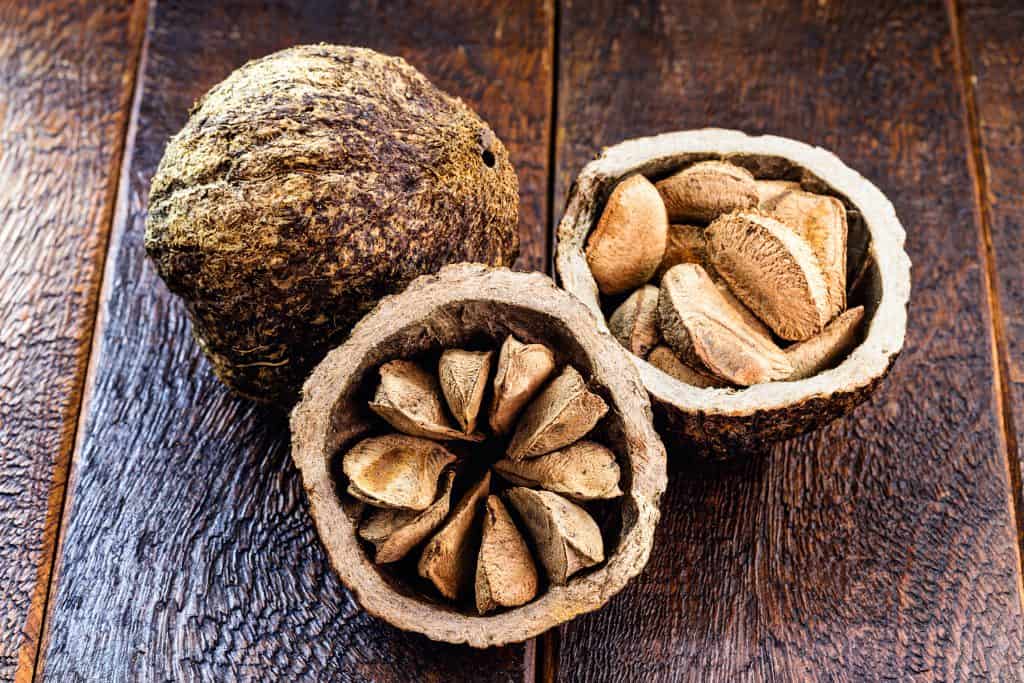 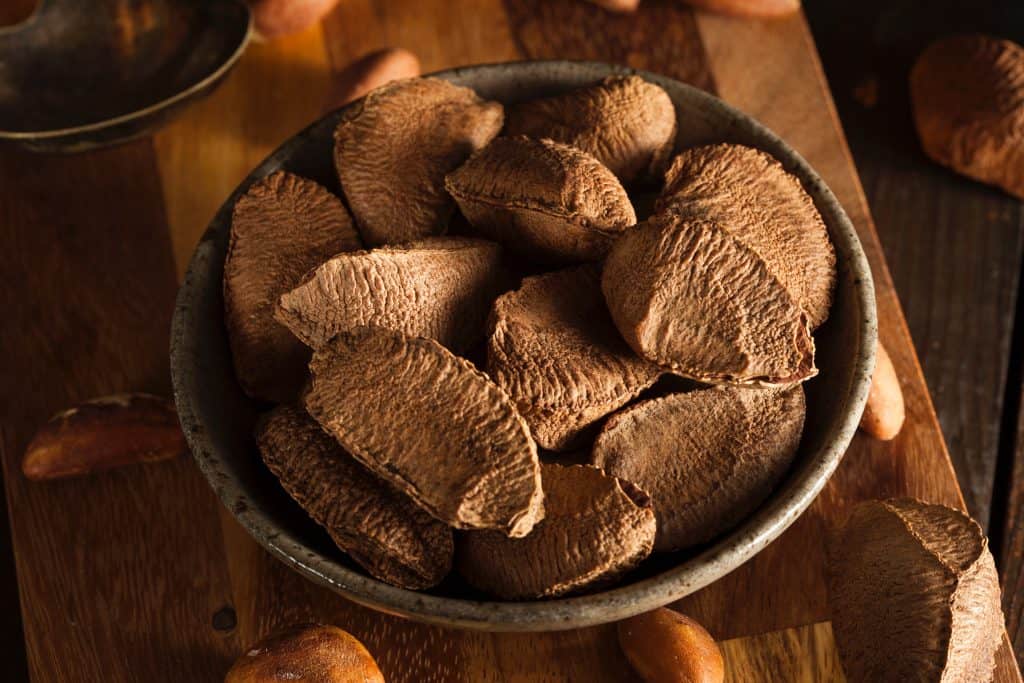 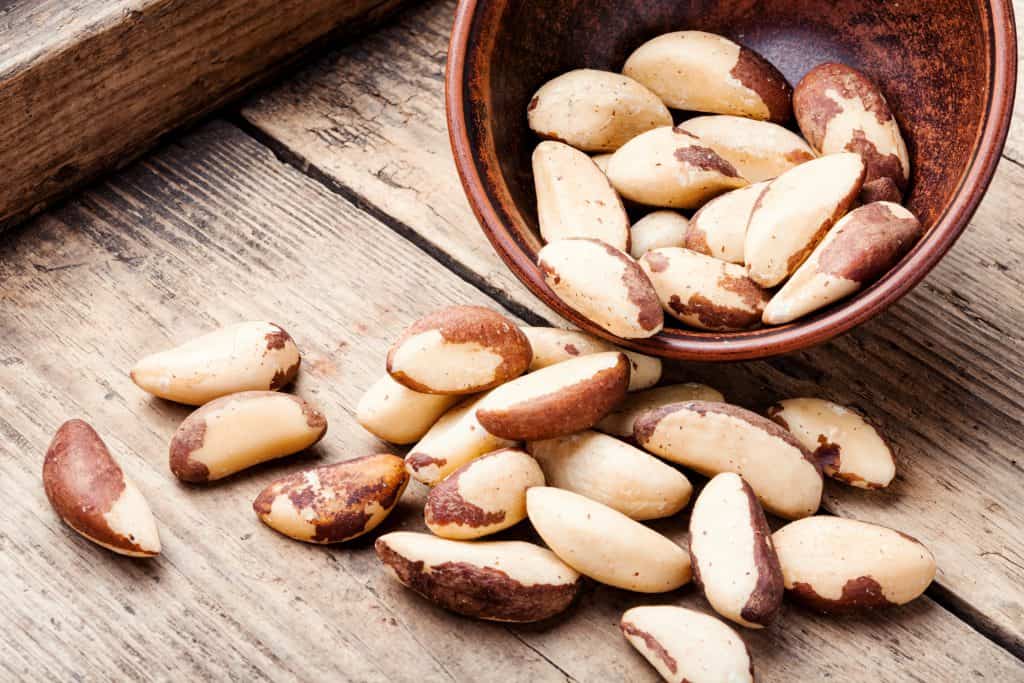 Brazil nuts, as we consume them, are initially covered with a shell and grow inside a large capsule shaped like a coconut along with 8-24 other seeds. Harvesters collect the fruits from the ground during the rainy season and open them with a machete. The production is characterized by a high inter-annual yield variation at tree level, and therefore harvest yields are unpredictable.

There have been attempts to cultivate the tree for its nuts in domesticated environments, but yields are low, and this type of production is now insignificant on a global level. Exact reasons for this are difficult to point out but, it seems that the tree is part of a complex ecosystem involving other plants, animals, and insects that all facilitate the fruit production of the Brazil nut tree. For instance, cross-pollination “by non-social bees of the genus Xylocopa” appears to be indispensable to fruit production.

The agouti, a rodent with extremely powerful and sharp teeth, plays a role in the dispersion of the seeds. He opens the (coconut-shaped) capsule, eats some of the nuts and buries the others for storage.

This unique setup required for nut production makes the ecosystem extremely valuable, not only to local populations but also international actors involved in the trade of Brazil nuts and consumers. The Brazil nut sector generates each year “tens of millions of US dollars in export value in Brazil, Peru and Bolivia”. Social organizational systems that now structure the sector of Brazil nuts in the production areas find their roots in the second half of the 19th century when workers came to the Amazon to extract rubber during the boom. Nut harvesting was a side activity that gained economic importance when global demand for rubber reduced.

As many know and understand, deforestation of the Amazonian forest is a global threat. Brazil nut production, trade and consumption can help prevent it. The precious, wild and complex ecosystem that is required to produce Brazil nut trees has to be preserved to match the worldwide demand for this product rich in selenium. Thanks to the revenues generated by the exports of nuts, local governments also have an interest in preserving the forest where production is happening. Nevertheless, the production is affected by several threats that can be classified into two categories: those related to markets or those that have to be controlled with specific policies.

Price fluctuations have an impact on the willingness of harvesters to collect nuts in the forest. High prices create better incentives to collect nuts. Lower prices have the opposite effect. Good and bad export years have been related to several factors: yields, weather (affecting the possibility to access and exit the forest) and prices related to demand of the product (read here our latest market update).

Promoting recipes of Brazil nuts, communicating on its health benefits and explaining the role it plays in the conservation of the Amazonian forest is important to keep a good demand for the product.

In order to have good prices and assure decent revenues to producers, partnerships between local communities and companies in commercialization seem to have a positive impact.

Local groupings of producers are supported by local NGOs because it allows communities to have a larger voice and a bigger impact on policies related to the conservation of the Brazil nut production areas. At the moment, in each country, some policies intend to regulate the use of wood for timber in the areas of production. However, there are other threats to the production, some are the subject of policies, others are not depending on the countries. But the difficulty also lies in the ability to enforce the regulation in the forest. For instance, hunting by the local population reduces the quantities of mammals’ ability to disperse the seeds of the Brazil nut tree but is an activity that is difficult to control in areas where it is practiced for subsistence.

Some bigger threats come from national ambitions to enhance infrastructures, build roads and dams or support mining projects at the heart of the forest just like it has been done in Brazil from 1950. These projects, along with external factors such as the change of regulation concerning the imports of nuts to Europe (in 1998, stricter measures were adopted to control aflatoxin levels), resulted in the collapse of the Brazil nut sector in Brazil. In Bolivia, on the other hand, the government supported the producers and processors and managed to keep exporting Brazil nuts to Europe while respecting the higher standards.

Government support can also play a role in maintaining communities living in forest areas. Higher forest density is linked to higher dependency on the Brazil nut harvest, but it also means that communities involved in the harvest of Brazil nuts live in remote areas where services and educational facilities are hardly reachable. Therefore, new generations tend to move to bigger cities and workforce involved in Brazil nut harvesting reduces over time. Provision of services and school therefore play an indirect role in preserving the Amazonian forest. 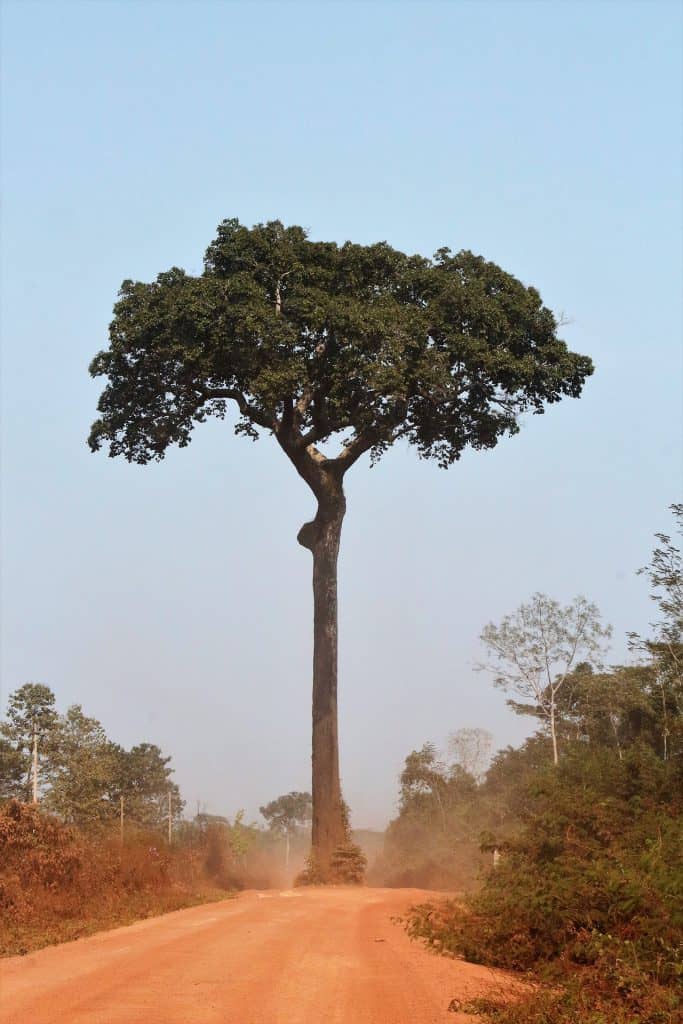 Brazil nut production and trade offers interesting opportunities to preserve the Amazonian forest but is also subject to structural and political threats. But, it seems safe to say promoting and consuming Brazil nuts certainly has a positive impact on the conservation of the Amazonian ecosystem.

Promoting recipes of Brazil nuts, communicating on its health benefits and explaining the role it plays in the conservation of the Amazonian forest is important to keep a good demand for the product.

In order to have good prices and assure decent revenues to producers, partnerships between local communities and companies in commercialization seem to have a positive impact.