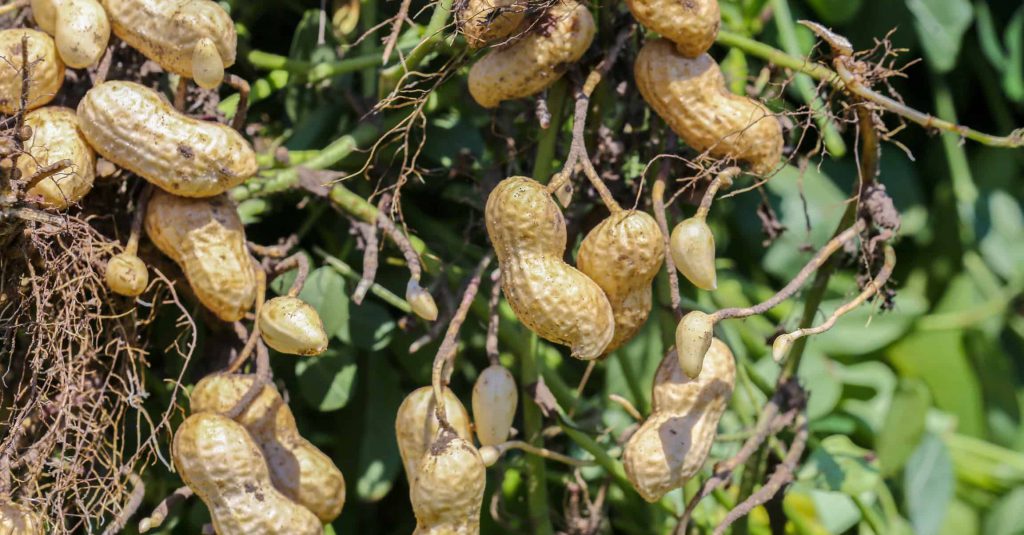 Peanut crops in Argentina and Brazil are overall looking good, and in some places in Brazil, harvest already started. In several countries, the market seems to be firming up. Read more about the peanut market in this report from Herman Driesens, manager at Rotterdam Commodity.

The Argentine Crop has developed well thanks to sufficiënt and timely rainfall in most of the peanut area during January and the first half of February. Since the middle of February, temperatures went up, and rainfall was less and/or not covering the whole area. Nevertheless, we can say that the crop is looking good and areas which are suffering still have time to recover for which rain in the next 7 – 10 days would be very helpful.
Nevertheless, it seems that several shellers are getting more worried with the soil moisture level being at a critically low level which can have consequences in case of lack of rain in the final 4 to 6 weeks!

The current crop is basically sold out or available in limited quantities from warehouses in Rotterdam or elsewhere in Europe.
New crop blanched 38/42 is being offered from USD 1570 to 1620 CFR basis depending on volume, period, and quality specifications. Shipment June 2021 onwards.

With Brazil facing a very firm domestic market and USA peanuts subject to a 25% import duty into the EU, it means Argentina is in a very good position with today no competition from other origins at the prices mentioned.

The crop in Brazil is also looking good, and some areas have started harvesting recently. Due to a long planting season, it is also expected that harvest will take several months in order to make sure peanuts can reach maturity. The oil crushing industry is paying high prices to the growers since they are selling the crude peanut oil at record prices to China and other destinations. Shellers are forced to pay similar prices to the growers or decide to wait, hoping that the market will ease. Brazilian exporters are offering new crop blanched 38/42 at USD 1650 per mt CFR EMP basis based on the current domestic price, but which seems to go up even further.

The market in the USA seems rather quiet, but at the same time, it feels the market is somewhat tight.

Prices seem stable, but the lower quality type peanuts (including bird food) are trading at around 50 cents which is not far away from a regular jumbo or medium at 55/56 cents. Another topic is new crop plantings.
With the sharp increase in cotton and corn prices over the last 7-8 months, it looks like peanut plantings will not increase or even decrease a few %. There is still time for this to change, though, but that’s unlikely as it looks today. Exports to the EU have obviously decreased a lot as a result of the 25% import duties.

China continues to face a very firm market. Domestic prices continue to rise, and demand from China to buy peanuts and peanut oil from other origins is still enormous. Prices for Blanched 25/29, raw redskins, or hsuji’s
for EU are far above USD 2000 per mt CFR EMP, with the sea freight being a substantial part of the price.
New crop plantings are not expected to increase much despite the current high prices since prices for other commodities are also high and fighting for suitable land.

The crop in South Africa is developing very well, and if this will continue till harvest time, the crop might produce 65,000 mtons which will be the best crop in years. This will mean fewer imports are needed and more (Spanish type) peanuts available for export, mainly 50/60 and 60/70.