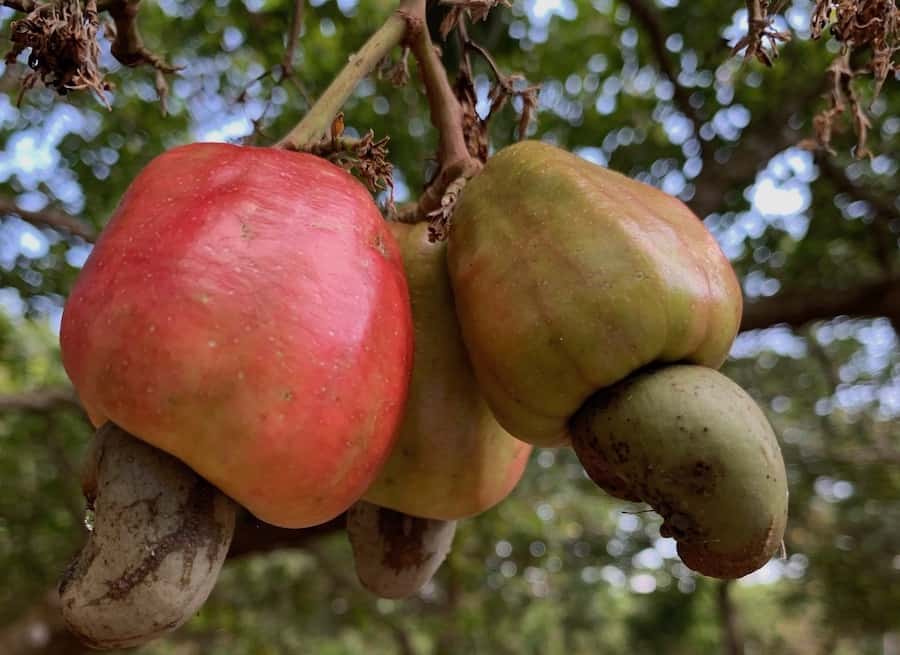 We received the import and export figures for October from Vinacas. This market report is a quick recap of the numbers compared to last year and our overview of the current market situation. 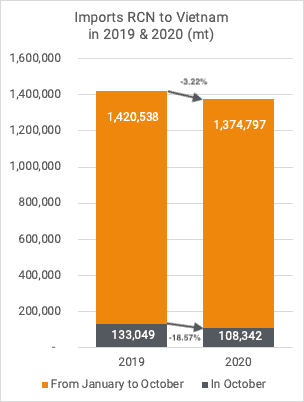 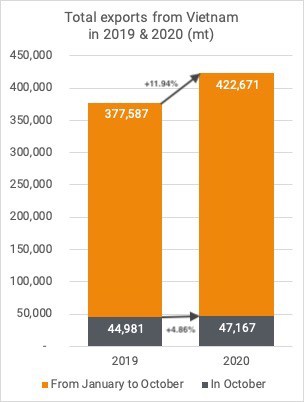 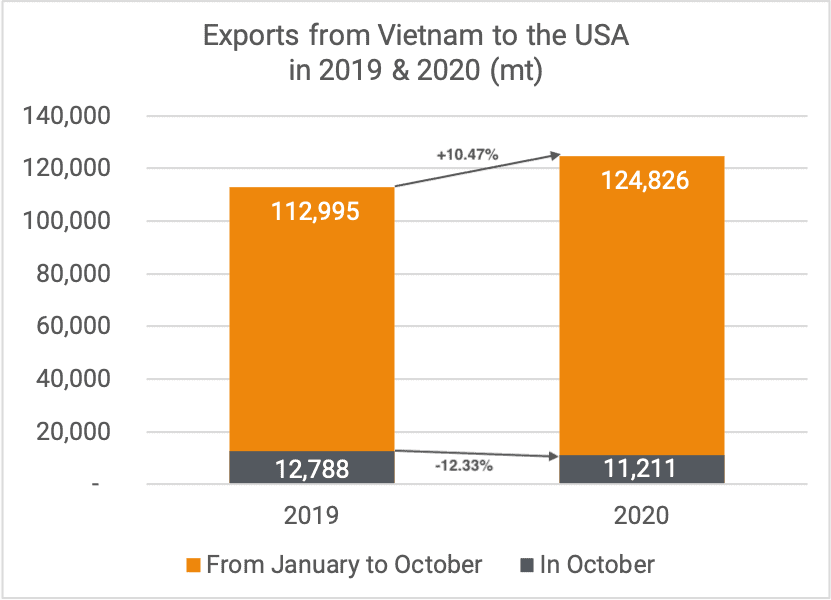 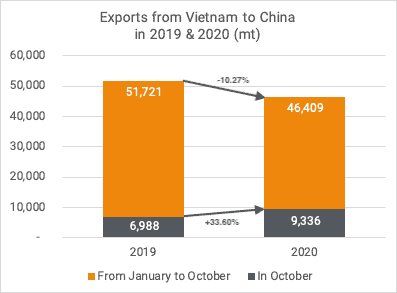 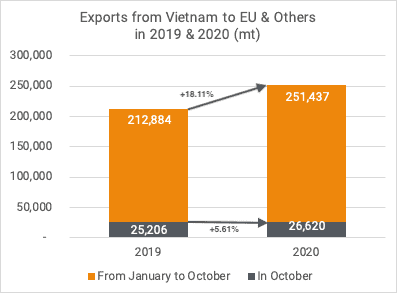 Just like in the past months, exports from Vietnam are higher than in 2019. However, imports are lower. This year is marked by the Covid-19 crisis that affected the trade of cashews, processing, and also consumption. After a few months of quiet, China has now been importing large quantities of kernels from Vietnam for two months.

In terms of production, the Southern hemisphere is currently harvesting. Estimations for Tanzanian and Mozambique’s crop forecast very large crops.
Brazil’s crop is also expected to be larger than last year with slightly less than 150,000 tons. In Mozambique, the official forecast mentions 173,000 ton. This would mean a record high crop. Between 275,000 and 300,000 tons are expected in Tanzania.

In the northern hemisphere, the flowering period will start in the coming weeks. In Vietnam, the new leaves and branches in the cashew orchards are developing normally. Vietnam has been hit by 13 typhoons so far this season. These brought heavy rains, winds and flooding to the Northern and Central regions of Vietnam. However, the cashew orchards, located in the south have been spared from this disastrous weather. In the south of the country, the wet season is slowly leaving to make room for a drier period. Therefore, the cashew trees should start flowering in December; on time compared to other years.

In West Africa, the season is also starting off well.

The cashew market in Europe as well as in the USA is relatively quiet. Roasters are covered for the next 6 months at least and it seems that buying decisions for the later positions are being delayed due to the uncertainty associated with the Covid-19 pandemic.

Prices for W320 kernels from Vietnam are still around USD 2,90-3,10 per lb FOB (depending on the shipper) but the underlying tone has become firmer. Reason for this is the increased buying interest from China which most probably is connected to taking positions for the Chinese New Year which is February 12th, 2021.
This increased kernel buying interest has prompted shippers again to buy more Raw Cashews resulting in higher prices for Tanzania RCN, currently trading at USD 1525 per mt. With these higher prices for RCN, the discrepancy with kernel prices is widening further which could well result in higher kernel prices for the nearby.

For later positions, however, it remains to be seen if the market can sustain these higher levels.
As mentioned above, crop forecasts from Tanzania, Mozambique, as well as Brazil are very optimistic. New cashew crops in India, Vietnam and Cambodia are developing well and if this continues during the next two months, these 3 major origins will produce normal to good crops. Then the question becomes: can the demand keep up with supply?