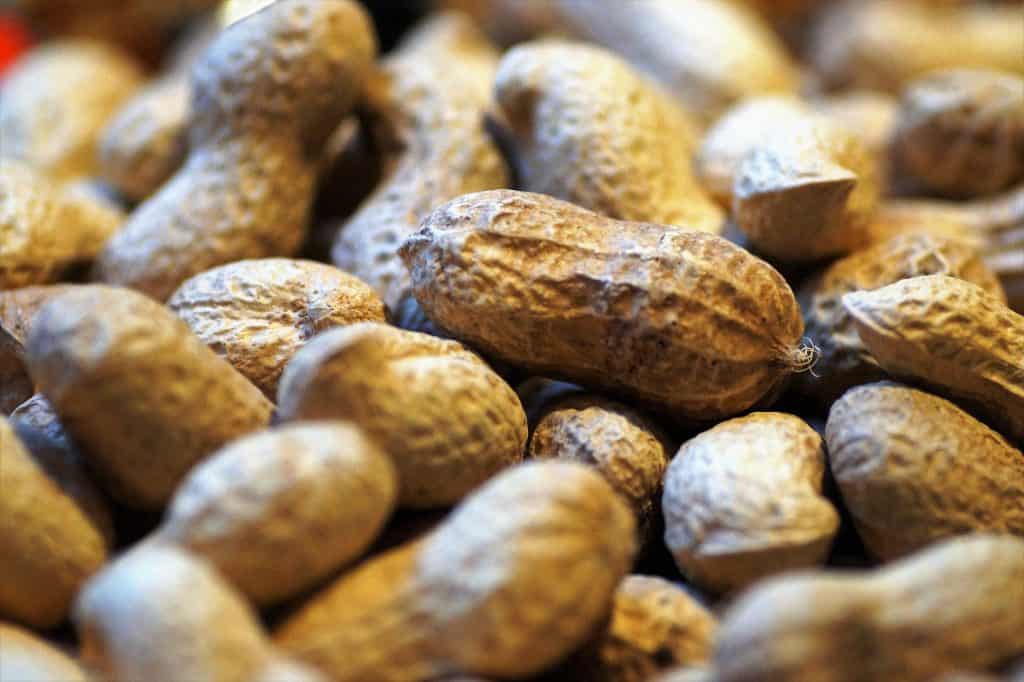 The market in the US remains very quiet at the moment although there is some pent up buying demand (for both fall-side 2020 and Jan-Oct 2021) as the harvest begins to ramp up. So far, the disparity between what shellers are asking and what buyers are bidding is mostly still too great but there has been a little bit of weakness in the market over the past couple of weeks as the rains returned to the Southeast and as the crop has trended to “better than average” in most regions. There are still some dry pockets in the Southeast and, to a very large degree, West Texas that could use some rain but, for the most part and excluding West Texas, the overall crop has improved. As you can see in the below chart, overall, the US is currently trending in line with 2018 crop but there is still plenty of time for things to deteriorate (as they did in 2018). 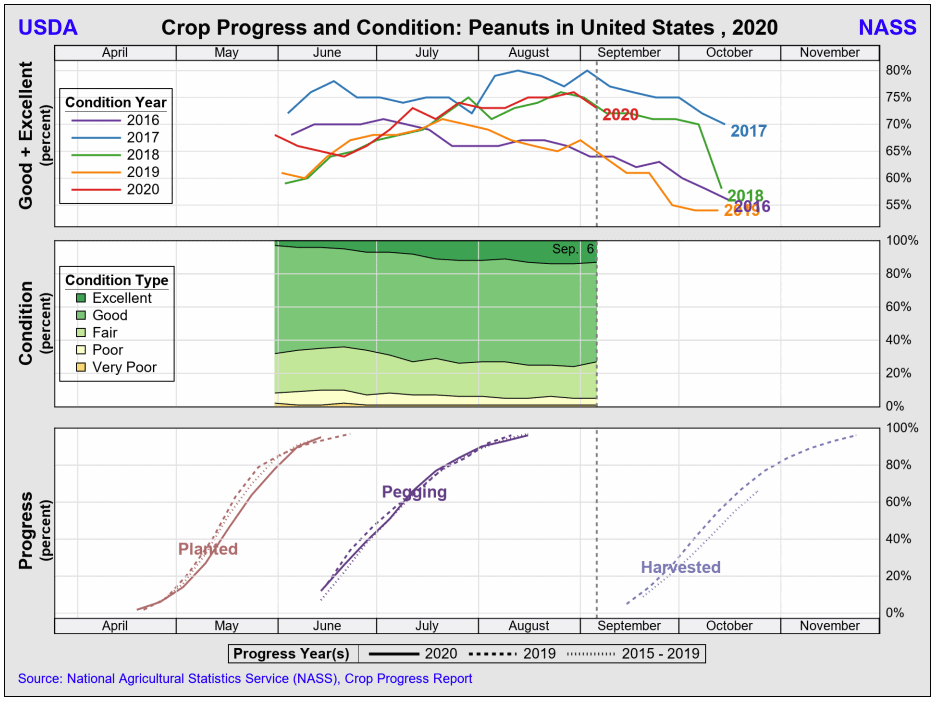 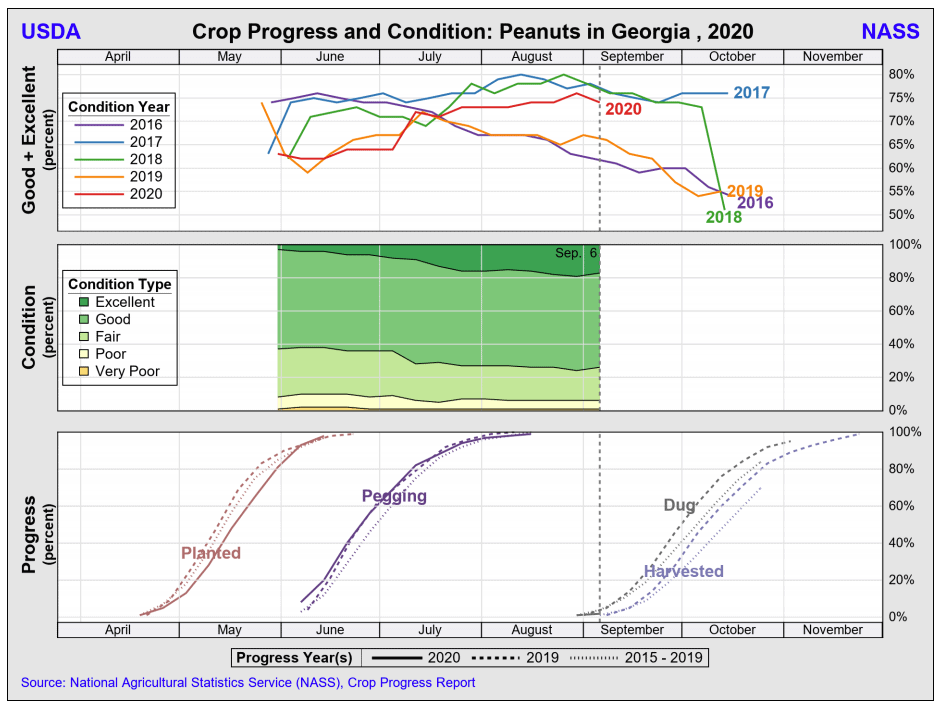 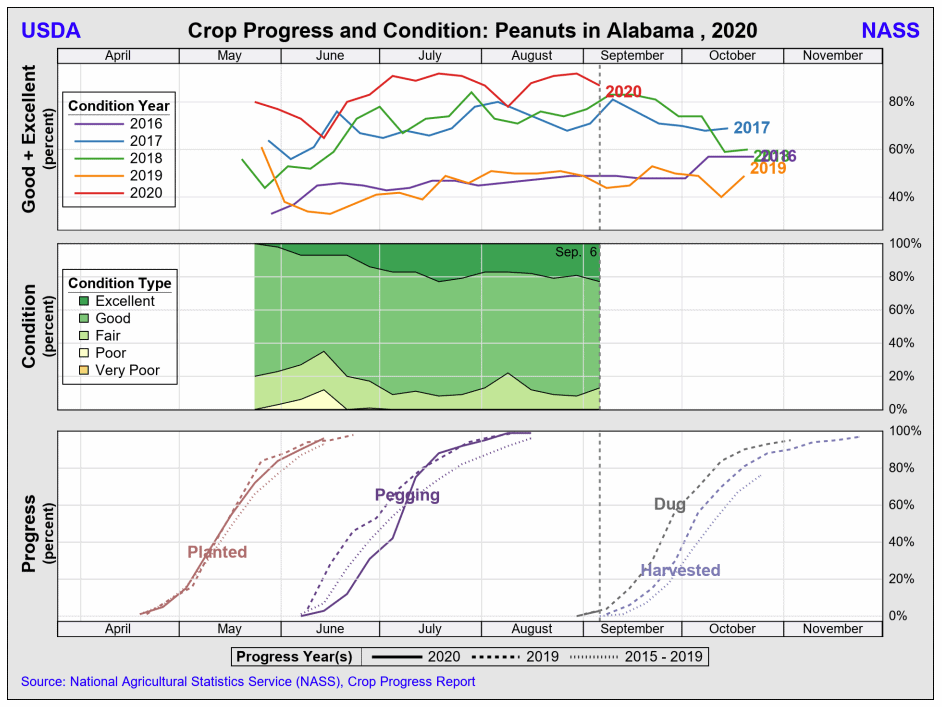 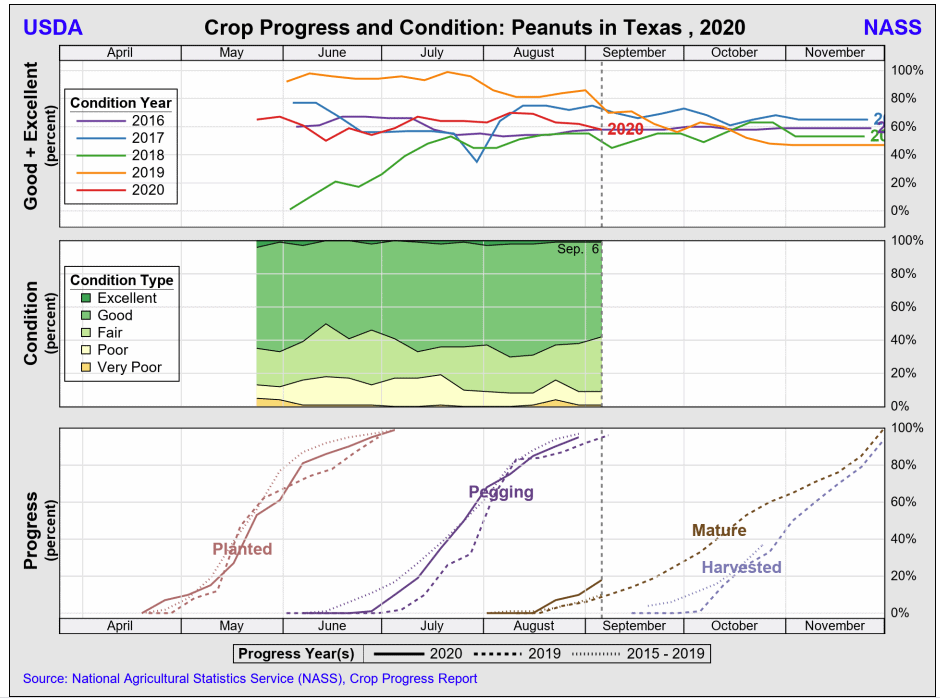 The Southeast is forecasted to receive an increase in showers starting Wednesday that should continue through Sep. 17 before drying down Sep. 18-22. This drying down should work well for the farmers who are ready to harvest. There are several tropical systems at play in the Atlantic although, so far. The Tropical wave near Bermuda could bring mostly beneficial rainfall to the Virginia/Carolina growing region later this week.

For the most part, in West Texas, there is no real hope for the yields to fully catch up with historical averages but a big rain would definitely add a boost and there are still approximately 30-45 days before West Texas is harvesting at full speed. A cold front is forecasted to hit West Texas over the next few days and the rain will certainly be welcomed but the drop in temperatures less so. 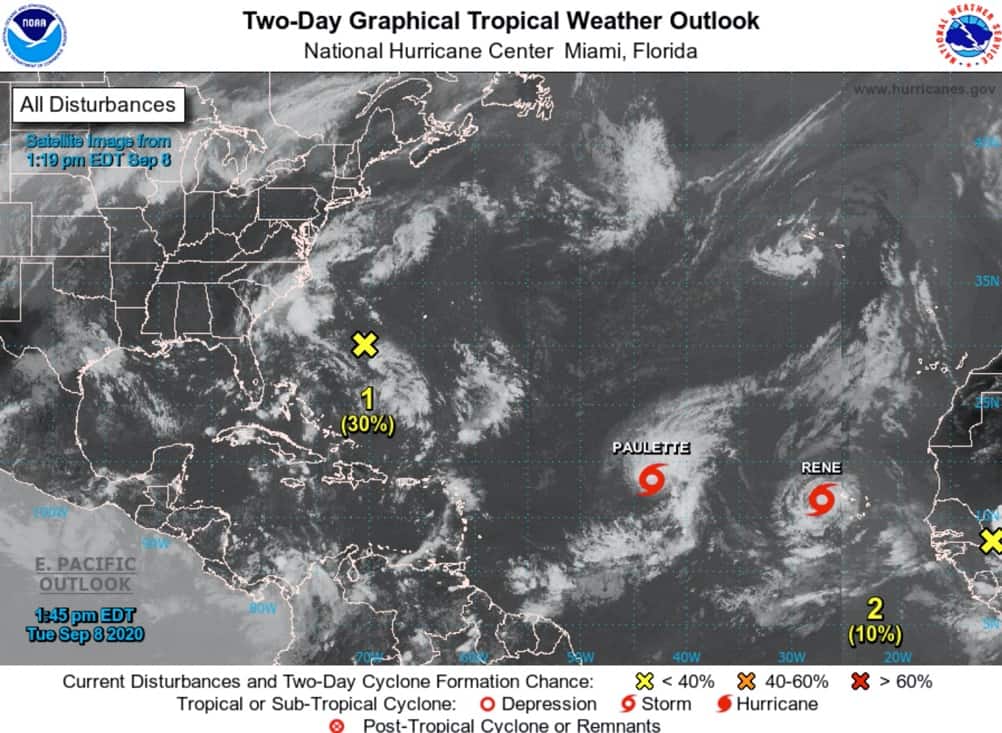 Meanwhile, it is not lightly that we say that frequency and volumes of rain in China have been unprecedented this year and the industry is certainly keeping a close watch on the crop and harvest. The flooding in July and early August definitely impacted the heart of peanut territory for the worse, while the Northern regions (Jilin & Liaoning) were, at the time, trending too dry. Approximately 30% of the growing area was impacted by the heavy rains in the South with Anhui being the most heavily impacted. We believe that the damage is most likely worse than being indicated in the market and that, combined with the resulting delays with the harvest have caused several in the industry to become nervous- even with the increase in plantings of at least 10% that most buyers in China are indicating.

Anhui produces roughly 6% of the crop in China while Henan produces approximately 29% and Shandong approximately 19%. Henan had flooding also but it was over a 1-2 week period. The flooding at the moment is in the Jilin and Lioniang areas and is due in large part to Typhoon Haishen and could continue for the next few days.

Guangxi and Guangdong in the South of China together comprise approximately 10% of the growing area in China and are expected to receive frequent rains with some more flooding in the coming weeks although things should start to dry down by the end of the month although the harvest will continue to be delayed in areas.

The main question, at the moment, is whether the issues in China are related to actual issues (quality, aflatoxin, & yields) with the 2020 crop or if it is more likely that the delays in the harvest is the real issue. Time will tell.

In closing, buyers in the US seem to be mostly relaxed about the direction of the market and, while prices could relax slightly from here, it is worth noting that the US has very little carry-out from 2019 crop and needs to begin shelling the better quality 2020 crop as soon as possible- much of which will be used to service 2019 crop contracts. Also worth noting is that the shellers in the US still need to contract a larger than normal percentage of the crop with the farmers. Should the US have any issues with the harvest, things could change quickly. Let’s hope for a smooth harvest.

PrevPreviousElections in Ivory Coast and effects on commodity markets
NextLa Niña is here, and she might stay and impact peanut plantingsNext