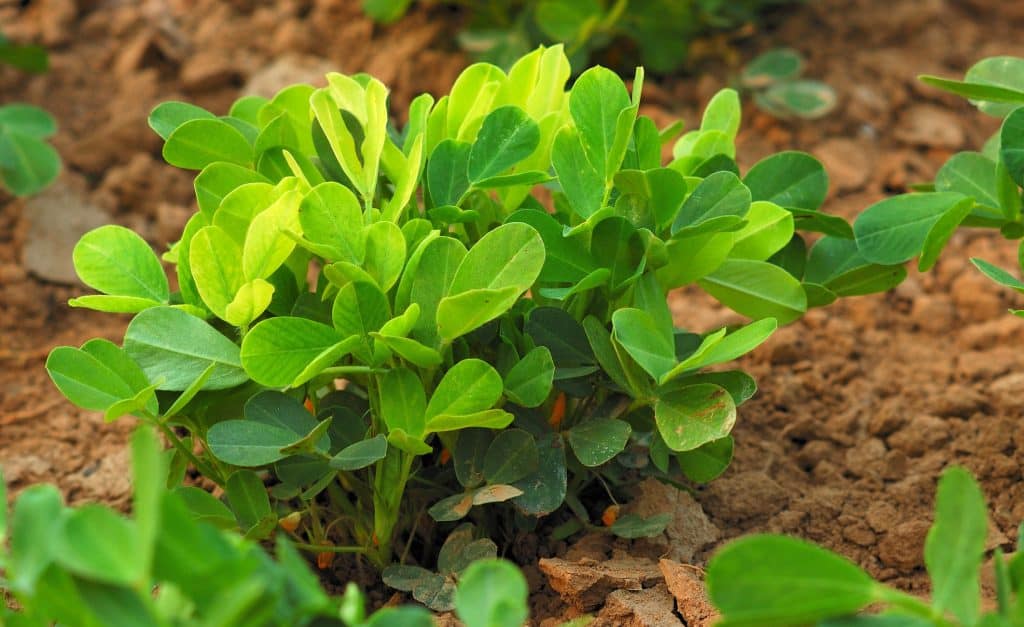 With basically all origins producing smaller crops and/or having lower planting intentions, it feels like peanut prices are likely to increase. So far, we have seen a rather limited increase in prices, and when you realize that freight rates are 3 or 4 times higher than a year ago, you can conclude that peanuts are still cheap. Nevertheless, we have to deal with issues all around the world, not limited to the war between Russia and Ukraine. Inflation, a strong USD against the euro, and higher costs of energy/gas and life in general worldwide. What is the impact going to be long-term? This is a difficult question to answer right now.

This market report is written by Herman Driesens from Rotterdam Commodity Trading.

The USA planted less and is now facing also lower yields than expected due to drought. Luckily the SE received some much-needed rains in order to be able to dig and harvest the balance of the crop. The USDA has estimated a crop of 2.885.500 FS short tons (about 2.6 million metric tons). Due to the latest developments, most shellers believe the crop will most likely produce only 2.7 to 2.75 million FS short tons – basically 10 to 12% down compared to crop 2021. Quality seems to be good so far but not as good as last season. The southwest has suffered from drought and extreme heat, resulting in a much smaller crop. Domestic prices for raw Jumbo’s/Mediums are at around 62/63 cents.

According to the information received from the Argentine Peanut Chamber, Argentina intends to plant around 13% less compared to last year. Some shellers say 10%, but others say 15 to 20%, so 13% appears to be a realistic number. Rain is needed to start plantings in the following weeks. The reduction is obviously due to much-increased prices to rent the land, competition from other crops, and increased costs for seed, fuel, fertilizers, etc. Besides all of this, Argentina’s economy is facing challenging times.

The 2022 crop has not been as mature as previous crops, which means the crop has produced less 38/42 (or bigger) count, also resulting in a lower percentage of splits. These two grades are already difficult to find for people who want to purchase these for (even) nearby or later shipments. More shellers are now reluctant to offer these grades for the time being and, in some cases, until crop 2023, until they have more information about the shelling process and outcome of the remaining volume. According to several shellers, the crop 2022 is sold for 65 to 70%. Shipments from Argentina have continued to be record-high in volume over the past few months, which makes us think the demand for peanuts is not down (yet). Prices for blanched 38/42 for current and new crop fluctuate between USD 1680 and USD 1750 per mt CFR EMP.

Brazil is basically sold out on peanuts suitable for the EU. The domestic market is very firm thanks to the high prices being paid to the farmers by the Oil Crushing companies. Prices paid by the crushers are currently so high that it is difficult for shellers to compete in buying FS and be able to make a profit in shelling, grading, and exporting these. It doesn’t look like the appetite from China for crude peanut oil is decreasing, so shellers are somewhat worried. Plantings have started thanks to good rainfall the past few weeks, but planting intentions here are also down about 10 to 15%. Exports to China of raw kernels are now allowed, but no trades have been reported yet.

From China, we hear many different stories about the decrease in production but based on our experience and based on the people who are, in our opinion, experienced and knowing they have done quite some research, we expect production to be down around 10 to 12%. This still represents a large volume of 1.5 to 2 million tons, so not something we should ignore. Due to lower freight rates, the prices for peanuts went down earlier this month but right now, prices are going up again due to the oil crushers being relatively active buyers and paying higher prices. The ongoing lockdowns have previously negatively influenced demand, and lockdowns are still happening.

From India, we received the following update:

“The harvest is in full swing, and since we are closed for the Diwali holidays this weekend, demand pressure is in the market. This is keeping prices quite high for now. Once the holidays end, we do expect to see arrivals pick up. Local demand will also slow marginally as the festive season will be over. Hence there is a chance for a small reduction in prices expected by SH Nov – Dec. Freight rates have corrected about 50% on average for most westbound cargo i.e. region USD 3000 – 3500 for a 20’ fcl to Europe compared to peaks of USD 6500.

The South East Asian freight market has corrected as much as 60 – 70% in some areas and just 20 – 30% for other destinations, so it’s a mixed bag. We see a fighting chance for Algeria, the EU, the Middle East, Turkey, etc., that we had lost for the last two years. The Russian business is going on in any case.”

Nicaragua has had a very good growing season with very good rains. The crop should be around 5-10% bigger than last year and produce bigger size kernels with hardly any 50/60 or smaller. Quality is expected to be very good. Prices are/were competitive compared to other origins but recently, a lot of business was done: splits are already very well sold. New crop shipments are available for shipment from Dec/Jan onwards.

The spot market has been active over the past months, and under the current circumstances, we expect this to remain like this. If there is any demand for spot goods ex Rotterdam or any further forward (2023) needs, please get in touch.

If you have any questions after reading this report, feel free to contact Herman Driesens from Rotterdam Commodity Trading.